Making Sense of Time and the Greek Tenses

The Greek tenses can really be confusing at first. The key, really, is to understand that they don’t mean what English tenses mean. Both the present and the aorist aren’t really indicating the time of the action. They’re indicating the way the speaker is viewing the action, the speaker’s focus in looking at the 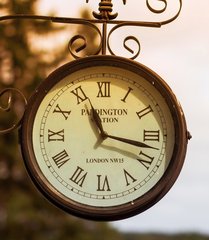 action. This is what we mean by verbal “aspect.” So a present verb focuses on the action as an ongoing process, as repeated, as timeless, or as just beginning. An aorist verb can be used to talk about the same action, but the aorist simply focuses on the action as a whole. That means the aorist tense actually has less distinct meaning. So it’s often the default tense to be used if you don’t need to draw attention to any particular feature of the action. The present tense is the one that adds extra information to a clause, indicating a more specific focus on certain features of the action. In terms of translation, that means that you’ll often use simple English tenses for the aorist, and more complex English expressions for the present:

If you want to dig more deeply into the Greek tenses and verbal aspect, check out my YouTube videos:

This site uses Akismet to reduce spam. Learn how your comment data is processed.